Antonio is a drummer and producer from Portugal now based in London. He graduated from The University of Sussex in Music (BA) in 2018 and has since been working as a session musician and teaching privately. Antonio is specialised in a wide range of genres such as Hip-Hop, Afro-beats, Funk, Jazz and many more.

Antonio is at the start of his musical career in the UK but he has already played alongside several artists such as; Desta French, Ella Knight, Sasha Keable, Carla Prata (and more). Antonio has performed at famous venues and festivals around the country such as The Jazz Cafe, Hootananny, Cross the Tracks Festival, Lush Festival and Pitchfork Festival. 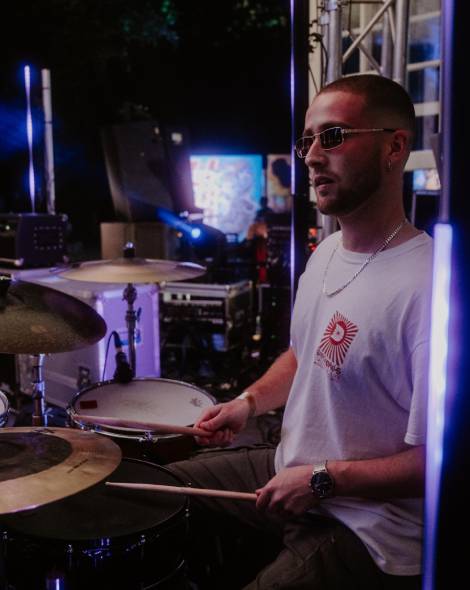