Derrick McKenzie has been the drummer of British funk/acid jazz sensation Jamiroquai since 1994, recording more than eight albums and touring the world with the band. His unique sound and groove has played a key role in Jamiroquai’s music, and he’s considered one of the finest British drummers playing today.

With millions of monthly Spotify listens, many more on other platforms, and almost three decades of playing across the globe (plus 35,000 feet in the sky), it’s safe to say that Derrick will elevate your drumming to new heights.

Whether you’re a fan of his music or just want to learn from someone at the top of their game, nothing can top drum lessons with Derrick McKenzie!

Being Jamiroquai’s drummer comes with a busy schedule, which means that Derrick can only teach with us when he’s in London. For availability and lesson pricing, please get in touch. 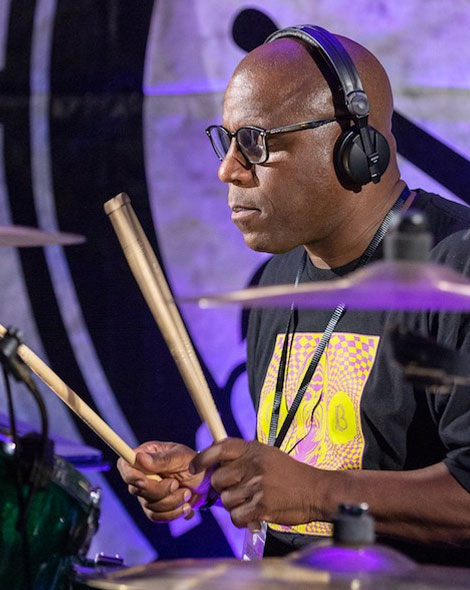